Travel with a car rental in Constantine and Helena 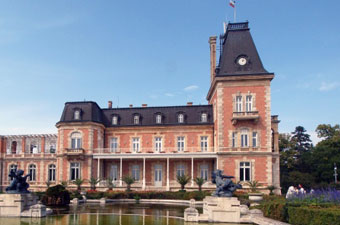 St St Constantine and Helena is the oldest resort on the Black Sea coast in Bulgaria, located just 10 km north of Varna. The region became popular after the Liberation, because of the closeness to the sea and its mineral springs. Queen Eleonora initiated a construction of a Sanatorium for children, suffering from bone and joint tuberculosis started in 1905, which was the beginning of the development of the resort. From that point there was a constant flow of tourists, who were accommodated in the Monastery “St. Constantine and Helena”. In the next several decades the resort has been gradually developed and expanded. Later in the beginning of 21st century it was modernized, the hotels were refurbished and new once were built. The resort is still famous among people from Varna with its old name “Drujba”, meaning “friendship”, which was changed in the 90’s after the name of the ancient Monastery. The resort has a park with sport facilities and children playgrounds.

Tourist sightseeing and attractions in St St Constantine and Helena

The resort “St St Constantine and Helena” offers many different kinds of entertainments, such as:

The resort has all the necessary facilities, like Post office, Police station, Health center, pharmacy, gas station, many shops, and supermarkets.

The Palace was built in the late 19th century as royal summer residence. It has been modeled after the French Chateau de Saint-Cloud. The Palace has a beautiful park with over 310 different plants. It is still used as a summer residence for the Parliament.

The monastery is carved into the rock and has over 20 rooms. It was created in 12th – 13th century. It is a national historical monument.

The Botanic garden is the first eco park in Bulgaria owned by the Sofia University. There are more then 300 species of exotic trees and bushes, and over 100 species of herbaceous plants. Botanical Garden is also known for its rich collection of irises, which are more than 250 varieties and over 30 varieties of roses. 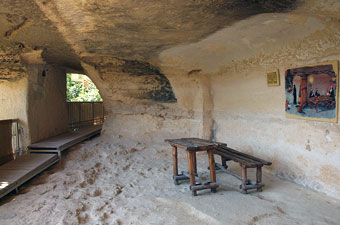 Once it was part of the monastery, built for Emperor Constantine. In the present, the Church is open for visitors.

Blachik is famous for its botanical garden and the palace of Queen Maria. It is a beautiful small town located on the Black Sea, 40 km from Varna. There are two golf courses near Balchik.

The best hotels in St St Constantine and Helena

If you plan to visit St St Constantine and Helena and have not yet booked your car, you can do so by using our reservations form. If you are traveling from Varna, LowCostCars has office on Tsar Osvoboditel 17A, or from the airport, where you can pick up your car on the spot. St. Constantine and Helena is the perfect destination for a day trip from Varna.