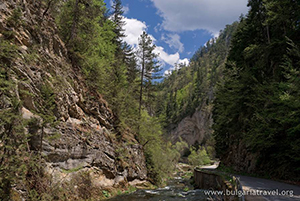 Trigrad is located in the Rhodope Mountains, very close to the border with Greece. If you choose a car rental trip to Trigrad it will be filled with breathtaking scenery and unforgettable experience. This part of the country is full of natural beauty, and the visitors of the lovely villages and small towns are hospitably welcomed by local people. If you decide to spend your holiday there you will be charmed by the local culture, customs and cuisine. Trigrad and the lands around it were settled thousands of years ago, there were discovered cave dwellings and Thracian settlements. In the area there are lots of trails for biking and for horse riding. At the end of the village is built equestrian center. 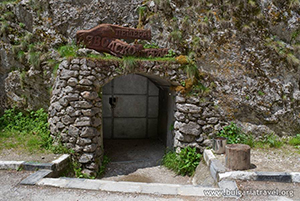 Holidays and traditions that are celebrated in Trigrad

On the seventh of August Trigrad celebrates an event called “Orphic mysteries”. You can attend to the ancient pagan rituals, mummers’ parades and to listen Rhodope Folk Songs. This festival is celebrated every year and attracts many tourists.

The best hotels and places to stay in Trigrad

Rent a car in Trigrad

If you plan to visit Trigrad and have not booked your car yet, you can do so by using our reservations form. If you are traveling from Burgas, LowCostCars has office on the airport, in Burgas Plaza Mall or in Sunny Beach, where you can get a car on spot. Trigrad is the perfect destination for a day trip from Burgas.

Copyright © 2021. Powered by Top Rent A Car. All rights reserved